The e-certificates are coming!

The e-certificates are coming!

We are all aware of the pitfalls of the paperless ship but working to the lowest common denominator in scenario planning will always tend to hold us back. Sometimes in life you just have to close your eyes and jump. 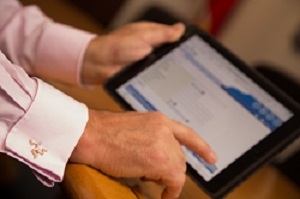 I recently watched a TV programme about the 80s where an interviewer asked a bearded electronics professor: 'So what exactly is a computer?', and he struggled to explain. I mention this because it is unthinkable today. But change in this area has been so rapid it made me think: 'Why hold on to paper certificates on ships?'

We are all aware of the pitfalls of the paperless ship but working to the lowest common denominator in scenario planning will always tend to hold us back. Sometimes in life you just have to close your eyes and jump.

This is the position we are in with e-certificates and we need to embrace it as an industry. The International Maritime Organisation (IMO) laid the foundations in 2014 when it issued its first guidelines for the use of e-certificates. This was replaced in 2016, when the Facilitation Committee reviewed and refined its guidelines. The current document sets out what Flag States need to include in their e-certificates.

All the requirements make perfect sense: validity and consistency with the recognisable format of the certificate; protection from edits, modifications or revisions; a unique tracking number used for verification; and a printable and visible symbol that confirms the source of issuance. Nothing difficult there.

So let’s just get on with it. The IMO says we can and have instructed Port States to accept it. We need clever systems and the will and resources to make it happen. I have attended seminars to talk about this and it is very easy to get bogged down in the whole digital signature argument. Is it an electronic squiggle which looks like a signature but isn’t, or is it something entirely different? Whatever the outcome, e-certificates will revolutionise the industry, reduce wastage and eliminate excessive courier charges. That has to be a good thing.

As long as we produce certificates which comply with the four key elements in the IMO paper and we communicate our intention to the IMO, we can simply get on with it. At the Isle of Man Ship Registry, we are keen to get going, in line with the Island’s digital strategy.

We are starting with STCW endorsements (International Convention on Standards of Training, Certification and Watchkeeping for Seafarers), of which we produce and dispatch more than 5,000 per annum, and will expand to all statutory certificates as soon as the Recognised Organisations are ready to issue on our behalf.

The e-certificates are definitely coming