A shipowner or manager seeking to register a ship in the Isle of Man should initially make contact with a Registrar and the Principal Surveyor to discuss survey requirements.

All vessels are attended for a pre-registration survey. This may be carried out by either by a surveyor from the Isle of Man Ship Registry (IOMSR) or by a Recognised Organisation (RO) depending on the following criteria:

A new build ship will not normally require a pre-registration survey from an IOMSR surveyor if similar ships from that yard have shown to be of an acceptable standard. They will, however, have to be attended by the vessel’s RO for a pre-registration survey in all cases. This will take the form of normal Class surveys carried out as part of the survey process to allow certification to be issued.

In determining whether a pre-registration survey is required by an IOMSR surveyor we will also consider the following factors:

Again, existing ships less than 10 years old that are transferring onto the Isle of Man flag will not normally require an pre-registration survey from an IOMSR surveyor unless there are sufficient adverse indicators. Such indicators may be derived from:

If not attended by an IOMSR surveyor then the vessel’s RO will have to attend for a pre-registration survey.

These ships will always require a survey carried out by an IOM surveyor, however this can be either before registration or deferred for up to six months from the date of registration. This determination will made on generally the same criteria as those listed above.

If an IOM surveyor does not attend prior to registration, the vessel will require a pre-registration survey from the RO.

After the IGI, all vessels on the register will have two General Inspections within a 5 year period, not more than 36 months apart, starting from the date of the IGI. These inspections will be carried out by an Isle of Man surveyor at a time and place to suit the operator.  A comprehensive report will be provided after each inspection.

For vessels which register on or after 1st April 2017, ISM, ISPS and MLC inspections and audits are automatically delegated to Class. For vessels registered before 1st April 2017, there is an optional transitional period during which ships may elect to continue to have ISM, ISPS and MLC inspections carried out by an Isle of Man Surveyor until 2020. After 2020 these inspection this will be fully delegated to the vessel’s Classification Society.

A ship's DMLC Part II and Ship Security Plan continue to be approved by the Isle of Man Ship Registry – details of this process can be found in MLN 5.1.3 and MSN 064 respectively.

In the event that a ship is involved in a casualty the owner or manager is required by law to notify the Ship Registry immediately. MSN 003 gives detailed advice how this should be done.

Depending on the circumstances, the Ship Registry may decide to carry out an investigation - see our Casualties Reports page.

The latest version of the Master's Handbook is available for download in here. 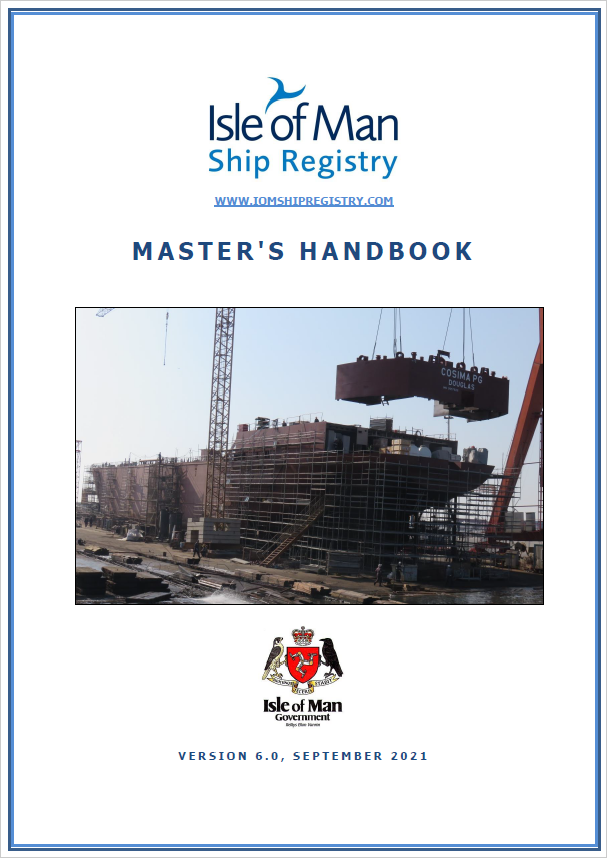