Why Do Clusters Work?

A Blog by Dick Welsh 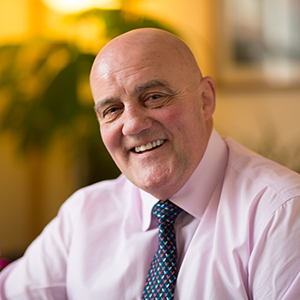 Each cluster has a different driver, a platform to build upon.  For the Isle of Man it is its Ship Registry, for others it is major port or shipping hub. All have something in common, and that is Government support and/or funding to commit to growing the sector and to create strategic vision and direction which is unique to that maritime centre.

When I talk to companies or people relocating to the Isle of Man as part of the maritime cluster, one of the main reasons they cite is, ‘I wanted to be among maritime people.’ And The Isle of Man offers this in a European time zone and with a fantastic quality of life.  This is a social thing as much as a business thing and can make people feel instantly at home.

New arrivals in the Isle of Man put down roots and see it as a long term move. There is no ‘contract’ mentality in the Isle of Man. No ‘how long are you staying?”. It’s all about quality of life and they want their children and grandchildren to grow up there. This is what strengthens the cluster and the economy of the Island.

We know where the best clusters are and where some of the best models of collaboration and strength in partnerships is, they were with me on the recent IMF panel in Liverpool for the International Business Festival and they are; Mersey Maritime, Team Humber Marine Alliance and of course, Isle of Man Maritime. A real Northern Powerhouse – very different clusters, serving very different sectors but all involved in maritime and shaped around their special circumstances.

Mersey Maritime is as much about knowledge and skills as it is about is new port development, access to Atlantic trades and its geographical location for trans-shipment as well as shipbuilding, repair and supply chain.

Team Humber have identified the strength of their estuary and how it lends itself to offshore wind and renewables as well the offshore oil and gas on the East Coast.   It boasts the largest port by annual tonnage throughput and has a number of ports along the Estuary and further down the coast. Whereas the Isle of Man is a service oriented maritime centre and cluster built upon the foundations of one of the world’s leading international ship registers. It specialises also in yacht management and crew management with all of the professional services to support a key part of the Island’s economy.

Isle of Man Maritime formed in April 2018, as a natural progression from the Isle of Man Shipping Association and its sub-group the Isle of Man Superyacht forum. This will provide a proper corporate structure with full time employees to promote and support the cluster and promote the Isle of Man to a global audience. This is based very much on the Mersey Maritime model and has come about after working together.

Figures such as 580 employees, £95M spend and 2.2% GDP show the importance of Maritime to the Isle of Man – the payback for government in supporting an international ship register, established in 1984 by a forward thinking government who could see the ‘flagging out’ and relocation of traditional shipping companies from the UK. They were moving to Bermuda, Hong Kong and Cyprus and the government saw an opportunity to keep them closer to home.

It worked and we now have a ship registry with a global reputation for quality and service and a number of large shipping organisations operating from the Island. World trade will always be by ship and Maritime is a safe, traditional industry to have as part of any Nation’s portfolio. The only way is up for the Isle of Man.